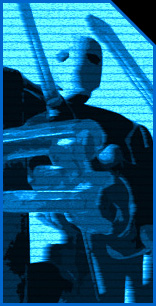 NAME: Lord Morthaetu
ABOUT: Morthaetu is Vathetar’s second-in-command and all-around enforcer. He is the emissary that Vathetar sends to enemy camps to urge their surrender before the main attack. Fiercely loyal, Morthaetu firmly believes in a dark victory and will do anything to ensure it comes about. He has a sense of honour, however, and a grudging respect for the forces of good who always keep trying to fight the inevitable. He refers to Vathetar as “My Liege”.
WEAPONS: Claws, Blood Scythe